A few weeks ago I made a rip of my copy of the jazz pianist and educator Bob Neloms' solo-piano album Pretty Music and added it to my YouTube channel. Neloms passed away in 2020, and in looking at what survives of him online I noticed that while his music made with other groups is ubiquitous, his solo work doesn't seem to be listenable anywhere. I hope my upload and this blog post (with album download at bottom) can help remedy that.

Neloms was born in Detroit in 1942 but was raised in Eureka, California. In 1959 he won a DownBeat scholarship to study at the Berklee School of Music in New York City, and moved back to Detroit after finishing the program. While there he heard about an opening in Choker Campbell's big band and wound up joining the group, in which he played with acts like Aretha Franklin and George Kirby. As Barry Gordy was getting Motown off the ground in the late 1950s, he hired Campbell's entire group as the studio band, and Neloms became the first house pianist for the label. In that role he performed and toured with a staggering array of talent: the Supremes, Martha and the Vandellas, Marvin Gaye, Smokey Robinson, Stevie Wonder, Mary Wells, and loads more. His playing can be heard on hits like "You've Really Got a Hold on Me" and "Heatwave."

In the early 1970s Neloms moved back east, studying for another year at Berklee's New York campus, and then moving to Boston where he led bands and played at clubs like Wally's, the Jazz Workshop, Inner Workshop, and Paul's Mall. In Boston he also worked with Elma Lewis at her School of Fine Arts in Roxbury. In 1973 he moved back to New York City, where he wound up working with Roy Haynes, Freddie Waits, Pharoah Sanders, and Danny Richmond. After the departure of George Adams and Don Pullen from Charles Mingus' group, Neloms joined what would be the last Mingus band, which also included Jack Walrath, Ricky Ford, and Danny Richmond from 1976 to 1979. 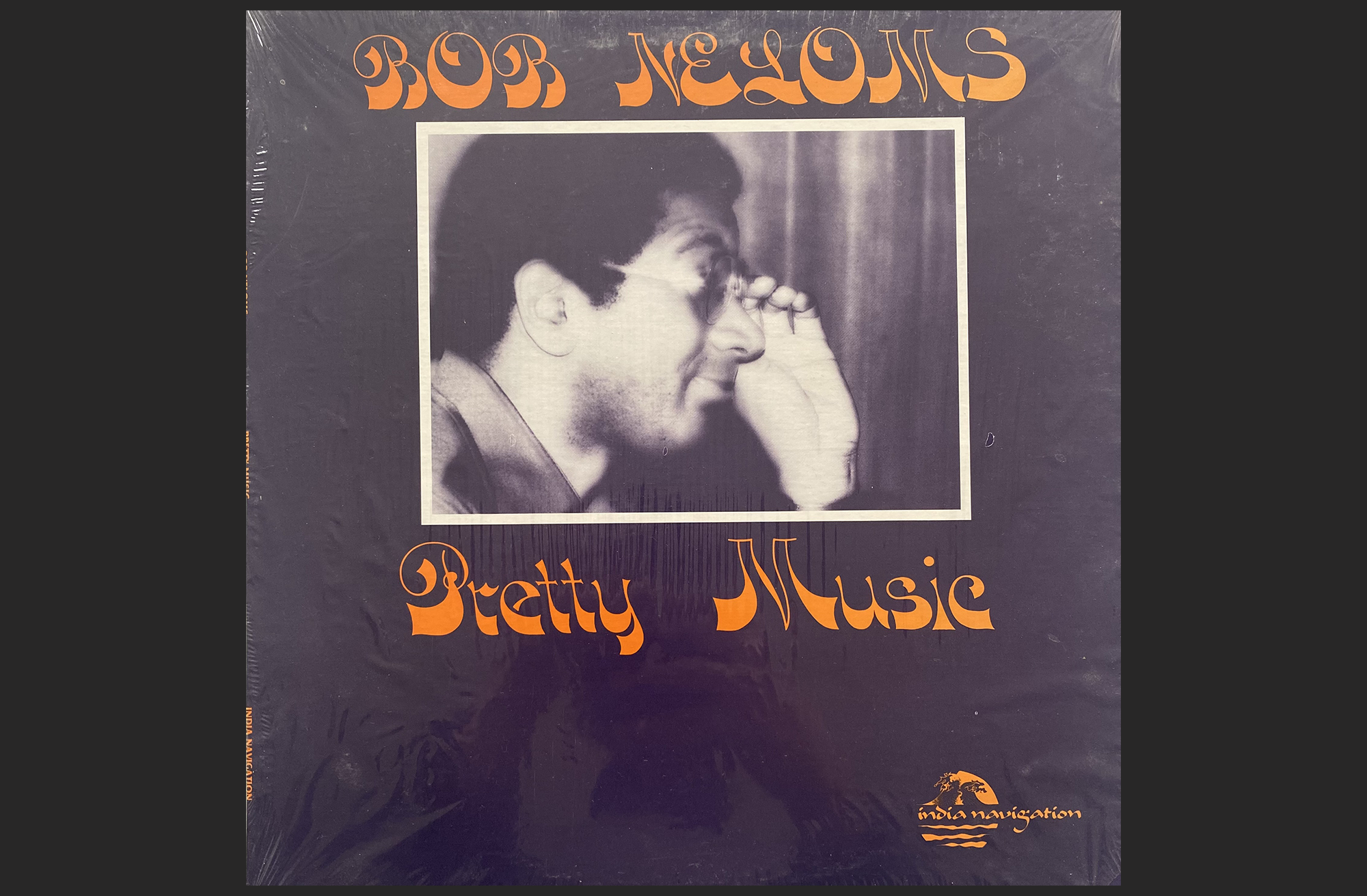 According to Amiri Baraka's liner notes for Pretty Music, it was these years that helped jazz audiences and Neloms himself realize his incredible range:

He is of the newly matured set of pianists… who can go "outside", but who also have a strong sense of where the main road is, "inside". A pianist like John Hicks comes to mind immediately or Donald Smith or Hilton Ruiz, able to get hotter than hot, funky, but at any moment capable of relating to the kind of rhythmic Avant pianistics that Cecil Taylor first exposed us to and Don Pullen has developed to blue perfection.

A New York Times reviewer agreed, writing of a Neloms gig at Amsterdam Avenue's Burgundy club in 1985 that, "He can make a bass line strut as it walks or knock out oom-pahing stride patterns; he can also pile up angular modern chords or top a crescendo with a gospelly tremolo."

This versatility is on full display on Pretty Music. Here Neloms does tender standard-interpretation ("Who Can I Turn To?"), adventurous blues-scale song craft ("A Flat Blues"), and new-music abstraction ("Non Sense" and "Black Light"). I'm partial to the ballads "Mother Love" and "The Mystic," whose slender compositions inspire somber introspection, and on which his piano's fourth G key somehow rings with particularly astounding beauty. 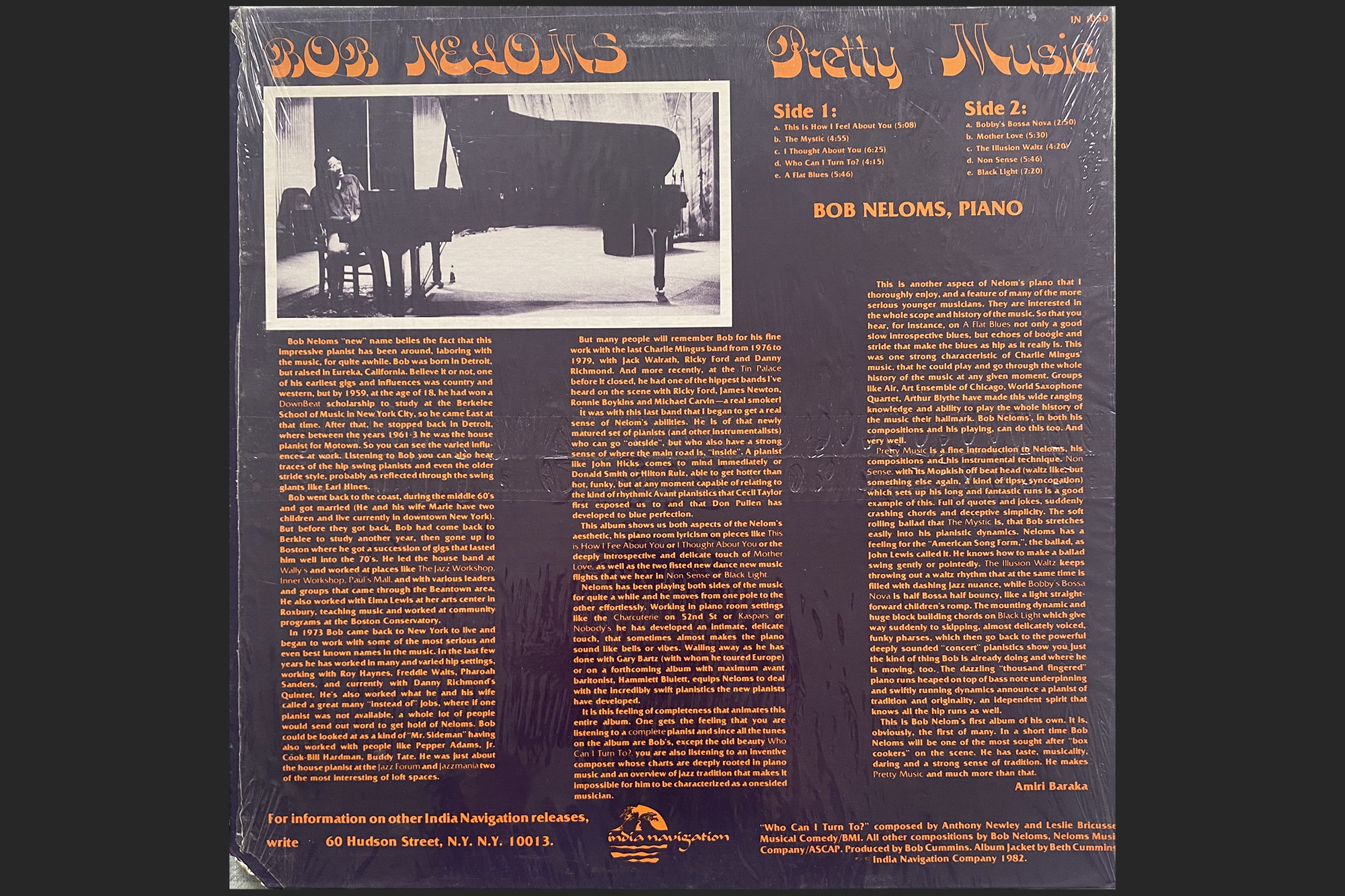 The album shows a man who was not only a teacher but continually an avid student of music. Not contented with loyalty to any past successes or specific styles, Neloms was instead willing to engage and help forge the long and changing tradition of jazz and blues as shrewdness itself, the awareness that as the world changes, so must one's work.