Last year my brother Bryce alerted me to the presence on YouTube of Stuart Hall's Redemption Song. The series, produced for the BBC and originally aired in 1992, examines culture, race, class, and colonial history in the Caribbean through a materialist lens. Each of the seven episodes focuses on one or two islands and features Hall's brilliantly researched and plainly put narration, as well as incredibly candid interview footage from a broad swath of each nation's citizenry — from the wealthiest and most powerful families and politicians to members of the poorest and most neglected classes. The series is something I genuinely cannot imagine seeing on a major U.S. network: a pure extension of a serious cultural-studies scholar's work, undiluted by network inhibitions or its host nation's historical shame. I can't recommend it highly enough. 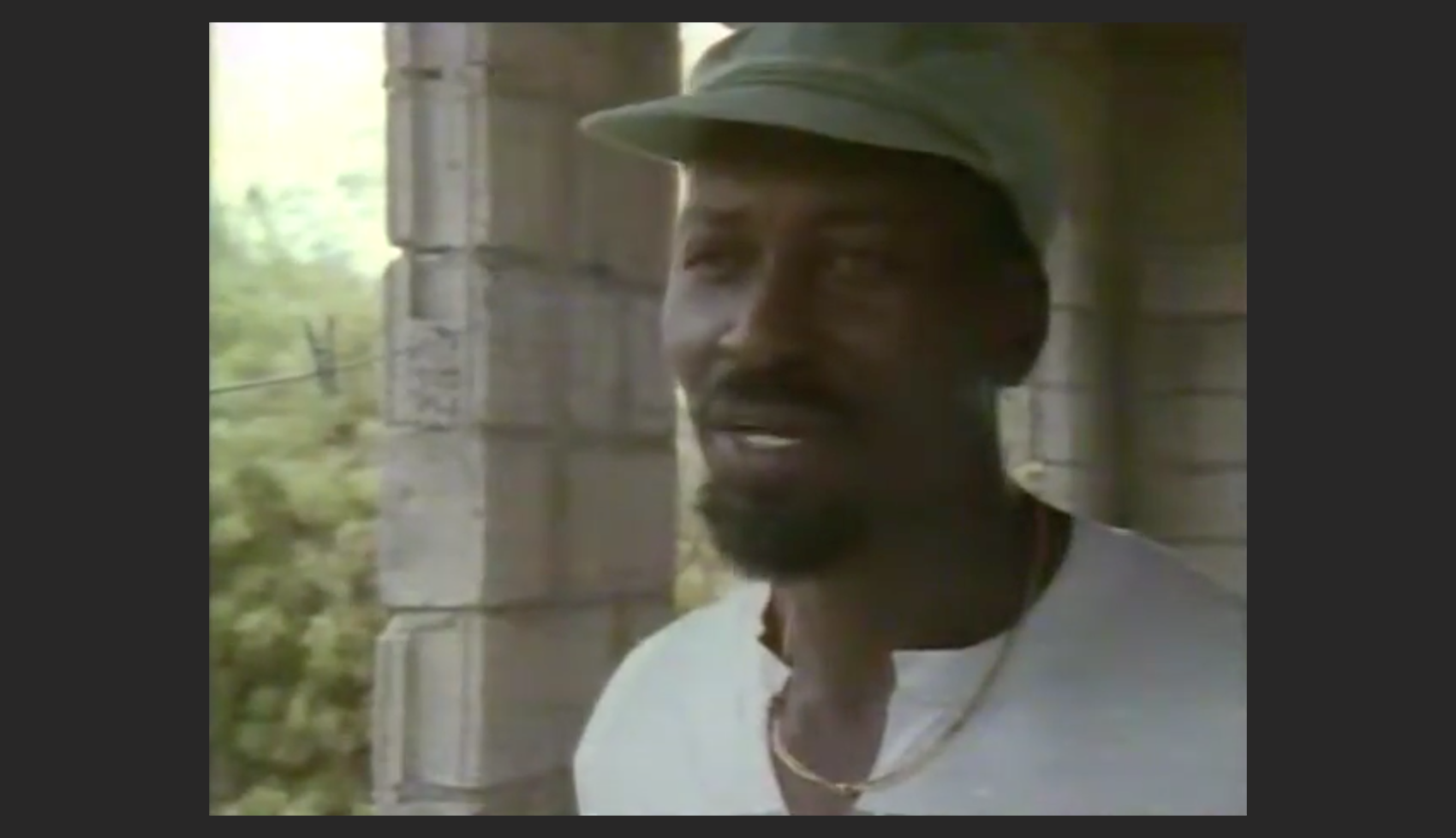 Bryce and I watched it separately, but when discussing it afterward we both pointed to a man featured in the seventh episode in a segment on Antigua's struggle for true economic and political independence. Hall tells of a bus driver named Carmona Samuel who, dismayed at the paltry state of Antigua's agricultural infrastructure, came up with the idea to build a dam that would allow him to irrigate and cultivate a plot of unused farmland that once belonged to a sugar plantation. Although Samuel had no rights to the land, he put fifty cents of each dollar he earned toward hiring an excavator on weekends in order to construct the dam. He says in his interview that he'd been tending the project for fifteen years, and that he'd pressed on even when erosion from Hurricane Hugo destroyed all of his progress in 1989.

For Samuel, such a project had to be undertaken if the people of Antigua, which declared independence in 1981, were going to refer to themselves this way. The Antiguan government had put all of the island's resources into tourism and had received controlling foreign investments in hotels and resorts, all while becoming the largest importer of food in the Caribbean and allowing agriculture to dwindle to just five percent of the nation's industry. "I'd always wondered about independence because I hadn't seen much to actually say that Antigua is truly an independent country," he says. "Because if a nation cannot feed itself, it could never be independent."

Samuel's political convictions led him to join the calypso tradition, purveying his scathing criticisms in song under the name Calypso Farmer. It turns out he released one twelve-inch single under the name. It features "Pull a Party," which he sings in the Redemption Song segment, and "For a Few Dollars More." I recently added both to my YouTube channel, and they're available for download at the bottom of this post. 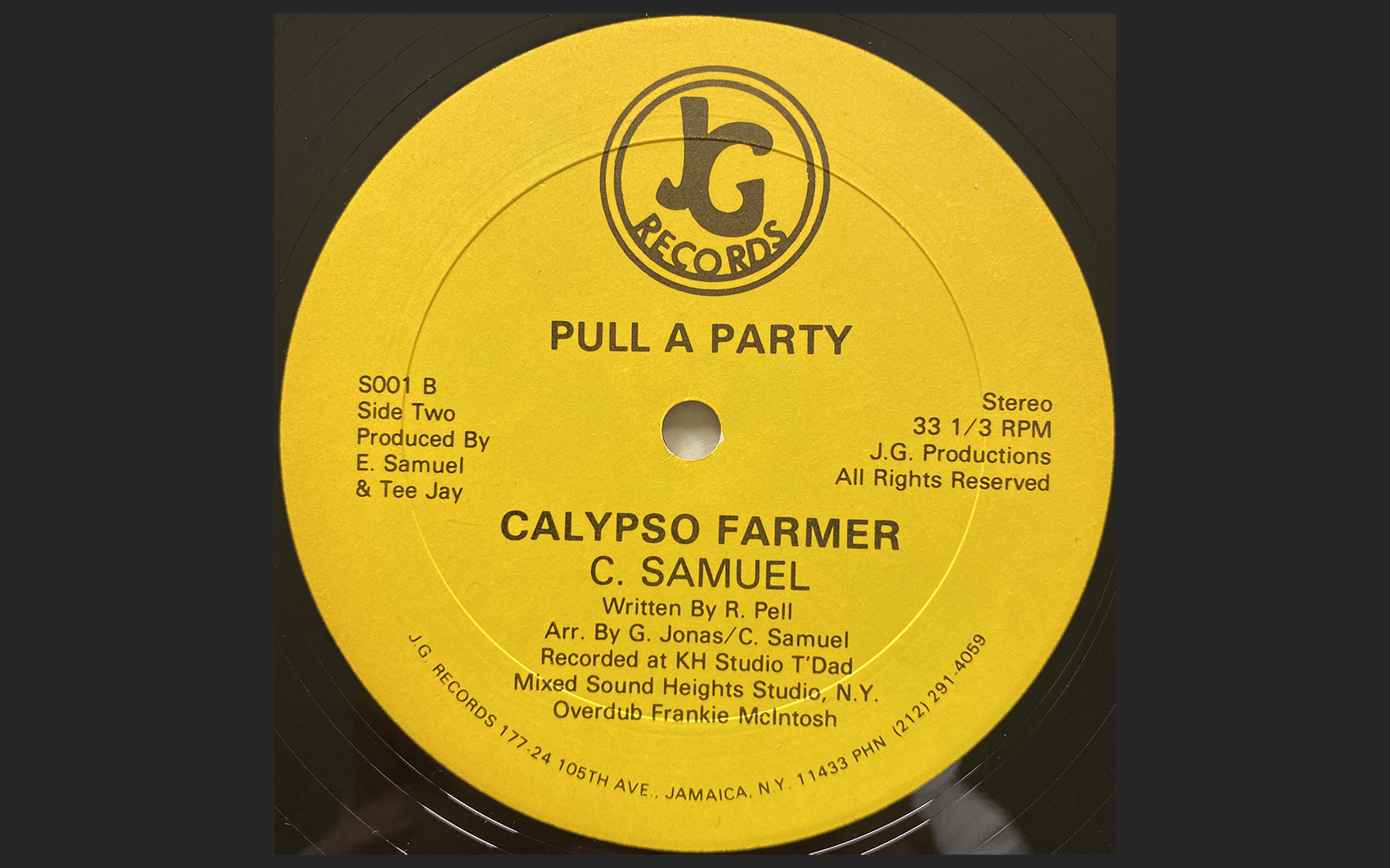 Samuel summarizes the lyrics of "Pull a Party" in the segment, describing how after independence, British power and influence merely passed to a few trusted and cooperative families, who conducted the nation's affairs with little regard for the will of the people. The song's refrain goes, "You're not compelled to have the money/ To invest in this country/ They will give you a subsidy/ Once you pull a party." I'll admit that I don't quite understand the song's title phrase; my guess is that he's either referring to the creation of a compliant political party or the physical pulling of a boat party as a stand-in for the nation's focus on tourism. Perhaps it's a pun on both. 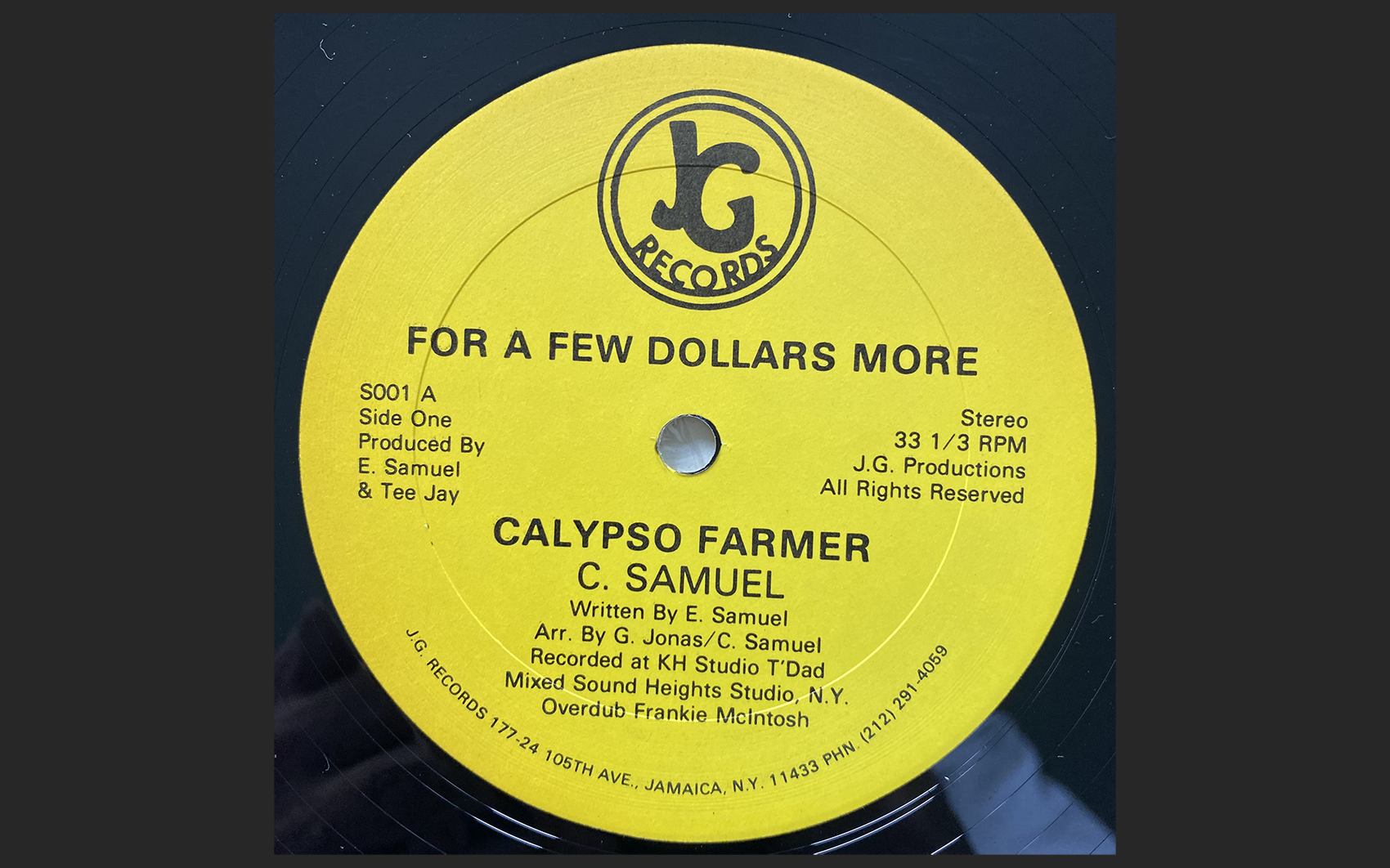 I'm quite fond of the a-side, "For a Few Dollars More," a synth-driven soca entreaty against world powers who treat smaller nations as playthings and the sycophantic local politicians and dictators who do their biddings. It's explicitly aimed at prominent Caribbean politicians' relations with Ronald Reagan, who visited Barbados in 1982 and met with many of the islands' leaders, including the first Prime Minister of independent Antigua, Vere Bird. Samuel contrasts the worker's pursuit of a living ("Always begging at their door/ For a few dollars more"), with rapacious privatization of public resources ("Politicians wrapped up in burglary/ Prefer to forget their history/ Play Russian roulette with our destiny/ For a few dollars more"), with how actual investment in the public would add dignity to their lives ("They should educate/ The people so that they could see/ How you come to control/ Their whole life and destiny/ Manifest for all to see/ Economic growth in their country/ Success in spite of adversity/ For a few dollars more"). By the end, the refrain as sung by the backing vocalists reads as an exasperated cry to a sympathetic authority that doesn't exist.

Unfortunately the only other information readily available about Samuel is related to his murder at the hand of his ex-partner in 2017. The Redemption Song segment and both sides of his record only total about twenty-two minutes, but these surviving media are so densely packed with his humane responsiveness to difficult circumstances that they provide a compelling model for grassroots action on an issue like land reform, whose overwhelming scale so often precludes it. I'm so pleased to be able to host a small part of this poet-activist's legacy.

TRACKLISTING:
A. For a Few Dollars More
B. Pull a Party