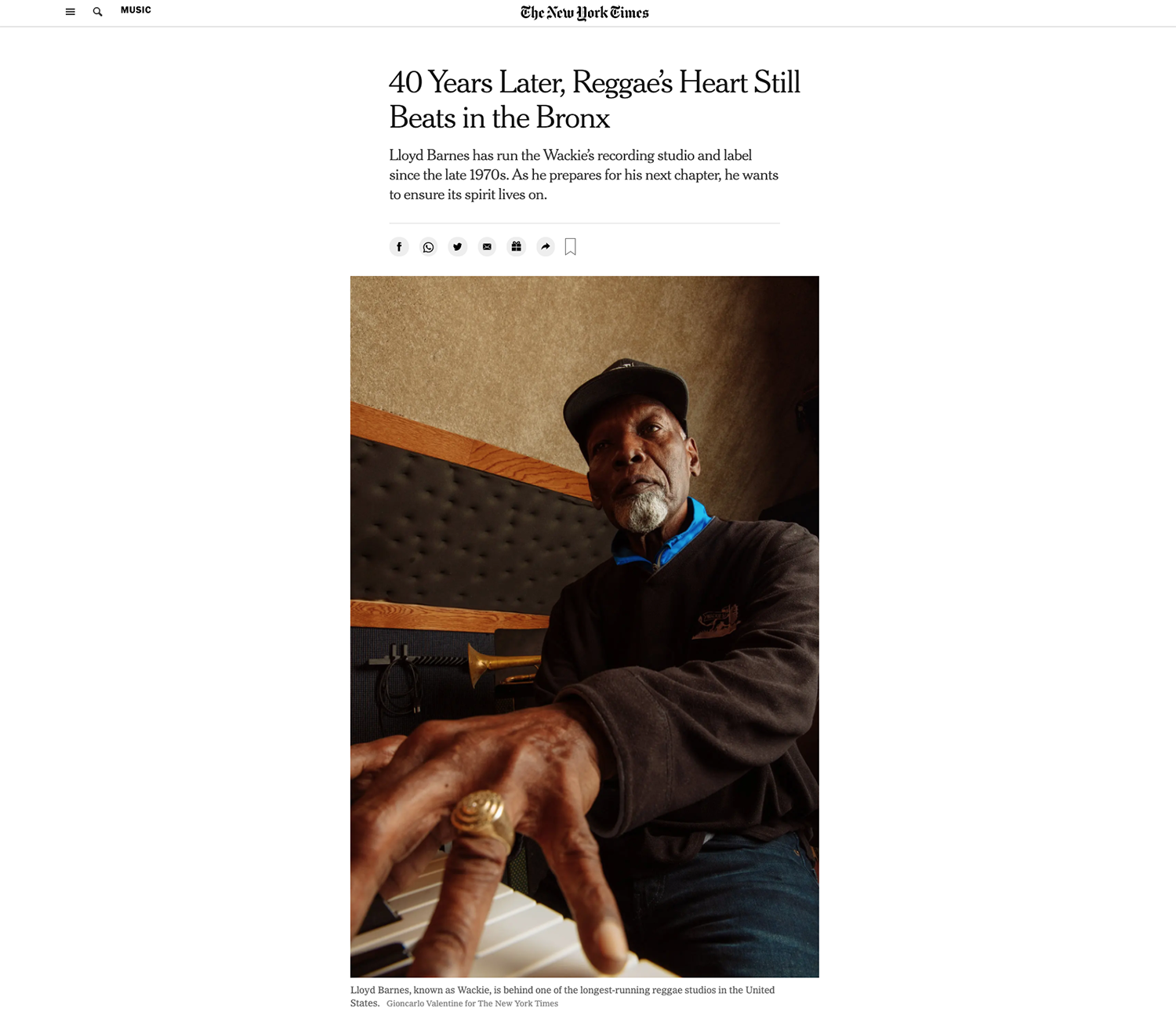 for the new york times, i had the immense privilege of writing about one of the true greats of new york reggae, lloyd "bullwackie" barnes, and his label wackie's. in the time i spent with him, i learned about his childhood in trench town, the early days of reggae in the bronx, and how he kept his art true to his own spirit for over four decades. this article appeared digitally on january 5th 2020, and in the new york times print edition on january 6th.